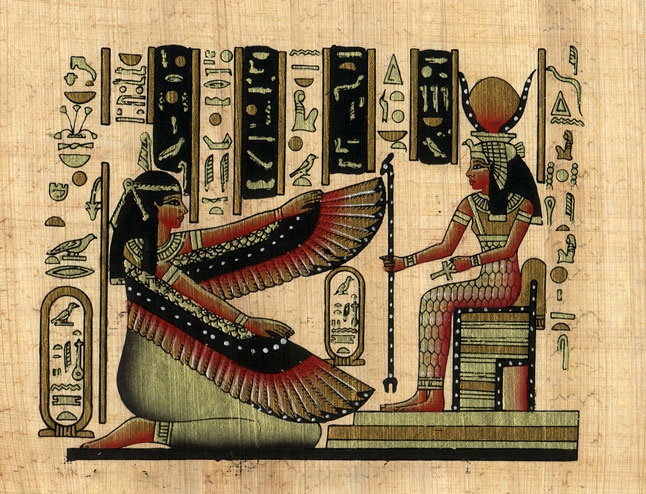 Hathor is associated with Venus, Love, Giving and remained one of the most popular Goddesses in Egypt thru both Greek and Roman occupation.  Many characteristics of Hathor are found in the worship of Venus and Aphrodite. This leads us to believe that she may have been somewhat absorbed into other cultures as they made contact with Egypt and the worship of Hathor.

Hathor originates very early in the Egyptian creation story.  She is the daughter of Ra.  She was created from the eye of Ra and sent to find Ra’s children Shu (air) and Tefnut (moisture).  In the primordial world they wondered off to explore.  Once they were guided home they manifested giving birth to Nut(Sky) and Geb (Earth).  Ra was so happy to see his children he cried and his tears became humans.

There are no upcoming events at this time.